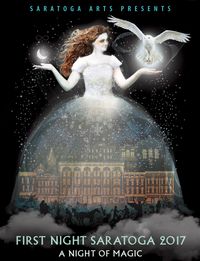 As one of the oldest and largest First Night celebrations in the country, First Night is the most affordable, accessible, family-friendly, safe and exciting way to spend New Year's Eve in the region.

On Saturday, December 31st join over 15,000 revelers as Saratoga Arts hosts over seventy regional and touring performing groups in thirty venues throughout Historic Downtown Saratoga Springs. Starting with the 5k roadrace at Skidmore College at 5:30pm, culminating with the fireworks in Congress Park at midnight and packed full of live music, dance, comedy and magic in between, this event will be a highlight of your outgoing year.

THE BANDS Our mainstage this year is an homage to local grown groups. The evening will kick off with nostalgic favorite, The Figgs, followed by returning favorite Sirsy, who played standing room only crowds last year. Headlining the evening is the Wild Adriatic who is following up their spring European tour and summer crosscountry jaunt in the US with a new CD due out just after the new year. Expect to get the jump on some fresh new grooves from this internationally acclaimed rock trio as they usher in 2017.

Our WEXT stage features the ever popular Ramblin Jug Stompers who will take the stage to play some toe-tapping favorites that have earned them a steady following in the 518 area. They are book ended by up-and-coming folk-roots group The Living Roots Trio and the mutli-instrumentalist pop-rock sensation that is Darling Valley. 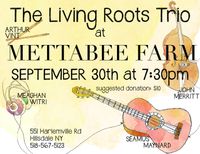 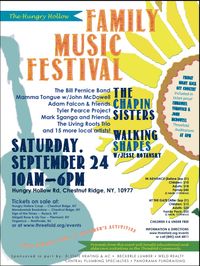 Part of the Camp Fire Festival 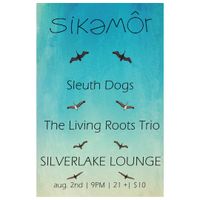 with Sleuth Dogs and Sikemor. $10 cover 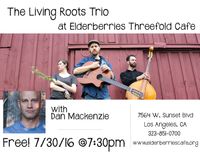 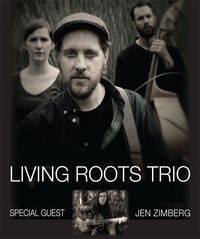 The Living Roots Trio: To All Things - RECORD RELEASE CONCERT

We are very excited to celebrate our record release at Club Helsinki. We will be joined by musical guests Jen Zimberg, Julian Muller and Eric Sherman.

Living room concert by the fireside at the beautiful and remote site of The Clearing.